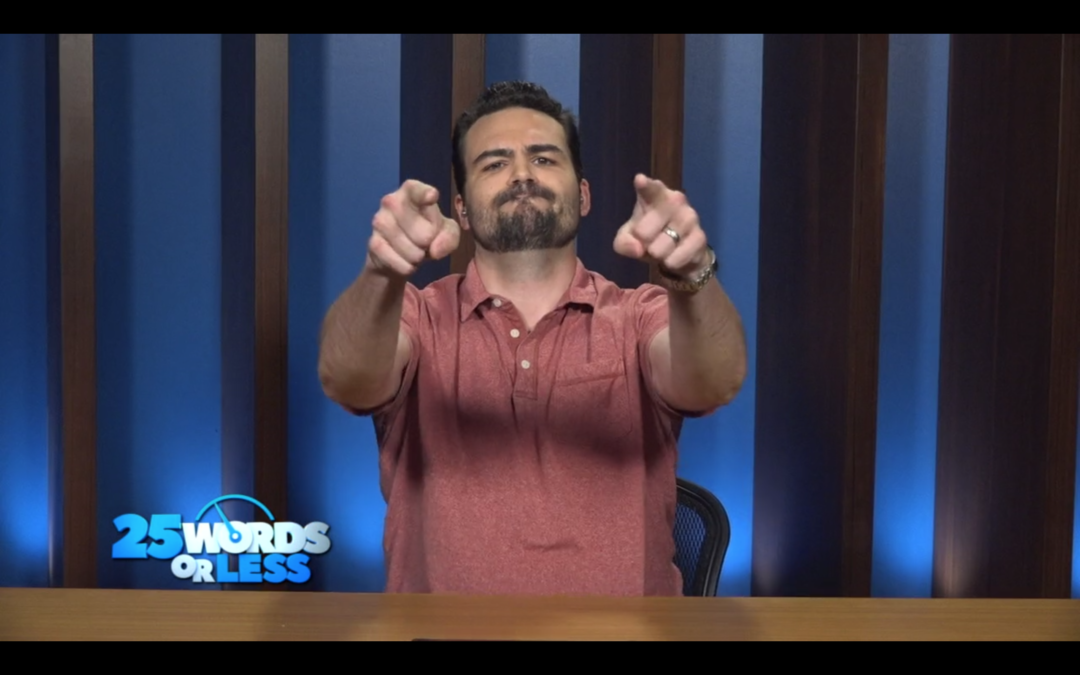 A couple months ago, my buddy Graydon called me up and asked “you want to be on a game show?”

Of course, when someone asks you if you want to be on a game show, you say yes. (…Except I did turn down Wipeout that one time because I value my spine, but that’s not important right now.)

The show was 25 Words or Less, hosted by Meredith Viera. If you’ve never seen the show, here’s how it works:

Two teams of celebrities and civilians face off in a fast paced word game with a top prize of $10,000

Seems simple enough, right? And it kind of is. It plays like “Name That Tune,” but for words. Think “Catchphrase” but your team has to guess 5 to 10 words per round and you have a 25 word limit on the clues you can offer.

That’s 25 words you can use for clues total per round.

So yeah, this game was a brain melter. But don’t take my word for it. You can actually watch my brain melt in real time on my first episode of 25 Words or Less on Tubi!

I don’t want to get into a blow-by-blow recap of our episodes (because, well, you can watch them…). Suffice to say, it was fantastic getting paired with the likes of Jackie Tohn (of G.L.O.W. and Epic Rap Battles of History fame) and Celtics/Lakers legend Rick Fox (in our second episode, which is painful for me to watch), and we had a great time. 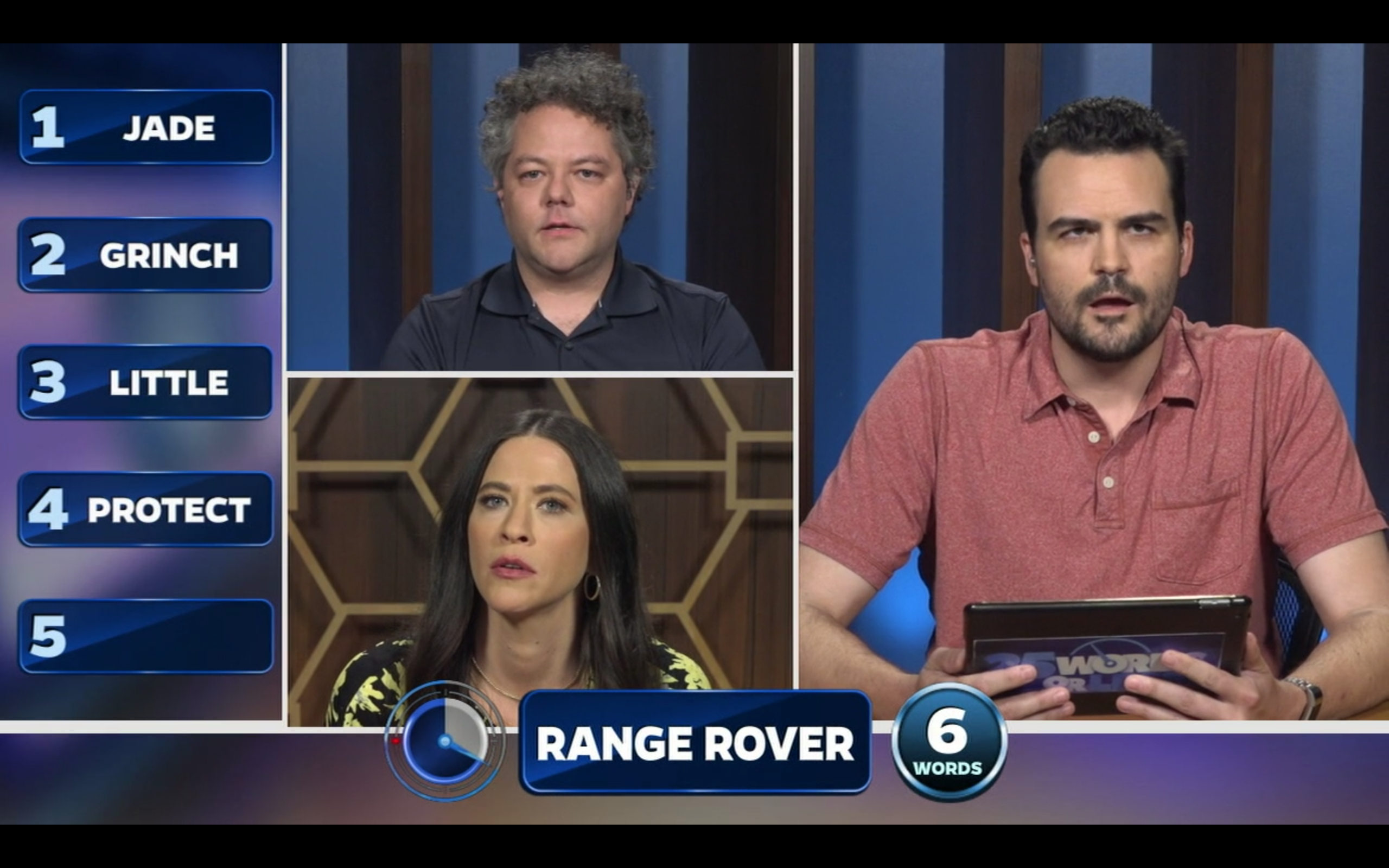 I will say that, behind the scenes, the people that run this show are all awesome, and they run a really tight ship. Everyone from the production team was so nice, and you can tell that they were honestly rooting for all of the players to do well (I mean, that does make for great TV, but you could tell they were authentic about it). Big thanks to Paul Gordon Casting for giving us this opportunity.

So yeah, again, no spoilers, except to share this: 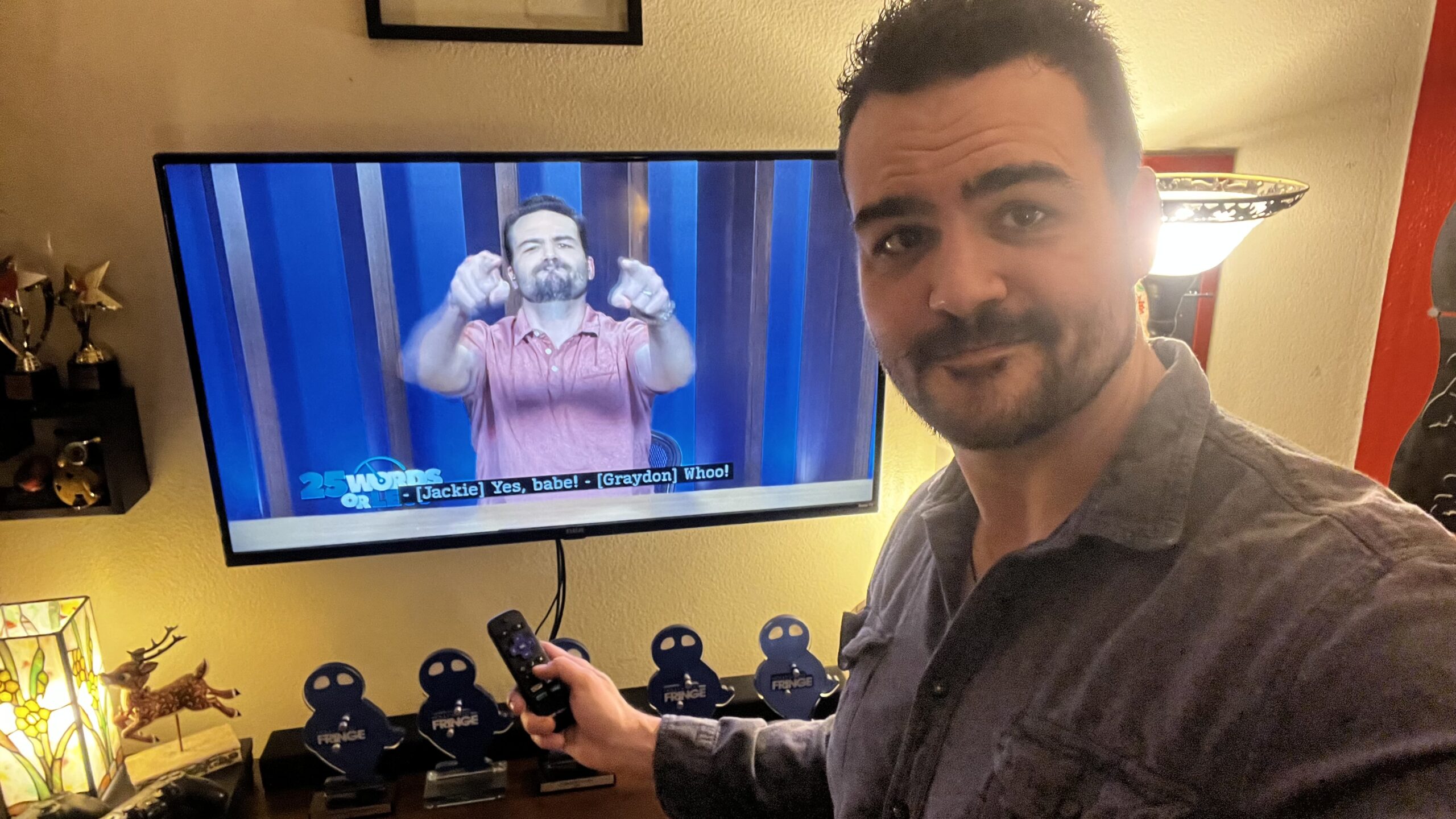 If you know, you know.

Anyway, moral of the story is, if your buddy asks you to be on a game show with him, say yes.